Act 21:18-24 18On the following day Paul went in with us to James, and all the elders were present. 19After greeting them, he related one by one the things that God had done among the Gentiles through his ministry. 20And when they heard it, they glorified God. And they said to him (Paul), “You see, brother, how many thousands there are among the Jews of those who have believed. They are all zealous for the law, 21and they have been told about you that you teach all the Jews who are among the Gentiles to forsake Moses, telling them not to circumcise their children or walk according to our customs. 22What then is to be done? They will certainly hear that you have come. 23Do therefore what we tell you. We have four men who are under a vow; 24take these men and purify yourself along with them and pay their expenses, so that they may shave their heads. Thus, all will know that there is nothing in what they have been told about you, but that you yourself (Paul) also live in observance of the law.

In the verses above, James was concerned because he knew there was ‘hearsay‘ about Paul; ‘rumors‘ that he taught against Moses and circumcision. However, James knew this to be false, as he clearly stated in verse 24, “there is nothing in what they have been told about you (Paul)”. What were they told about Paul? Verse 21 states, some were told that Paul taught ‘to forsake Moses, telling them not to circumcise their children or walk according to our customs’. This was a false accusation brought against Paul according to the Spirit-inspired Luke, who wrote the letter of ‘Acts’ (please click this link and read ‘Paul’s Day in Court‘).

This passage is perhaps the most obvious verse in the Bible that proves the apostle Paul himself, kept the Law of God given through Moses ‘post-resurrection’. James knew that Paul was misunderstood (as Peter warned us, 2 Peter 3:16-17). So, James encouraged Paul to prove that he did not teach against circumcision nor the Law of Moses, in order to establish that ‘there is nothing in what they have been told about him‘ and that he himself ‘lived in observance of the Law‘, as James said in verse 24.

Acts 21:24 “Thus, all will know that there is nothing in what they have been told about you, but that you yourself (Paul) also live in observance of the law.“

Here in verse 24, the word “live“ in the Greek is Strong’s G4748 στοιχεῖς/stoicheis which is in the Present Tense (years after the cross). This is derived from steicho: to march in (military) rank (keep step), i.e. (figuratively) to conform to virtue and piety — walk (orderly). Thayer’s Greek Lexicon states stoicheis to mean: to walk, to direct one’s life, to live.

Also, in verse 24 and in the Present Tense (years after the cross) is the word “observance“. In the Greek, this is Strong’s G5442 φυλάσσων/phylássōn, and Thayer’s Greek Lexicon states this to mean: to guard, i.e. to care for, to take care not to violate; to observe.

What does the “Word of God” say about the apostle Paul and the Law of Moses?

It says he “marched to”, kept in step with” and “directed his life to guard, observe and not violate” the Law of Moses. This is declared many years after the ascension of Jesus.

Therefore, according to the Spirit-inspired Word of God, those rumors about Paul, that he taught others to forsake the Law of Moses and to not circumcise the male children, were “nothing“; they were “false accusations” (Please click this link and read ‘Zealous for the Law‘).

These “false accusations” in Acts 21:21 are either ignored, or they are being taught as ‘true accusations’ by today’s mainstream theologians.

Not only does the ‘Word of God’ state that Paul did not teach against circumcision or the Law of Moses, but the Spirit-inspired Word of God states that Paul himself was living his life observing/guarding the Law of Moses when James spoke these words!

Yet, mainstream theology has claimed for centuries that the apostle Paul condemned the Law as bondage, teaching that it was abolished and done away with.?.?.

Tragically, the current mainstream doctrine teaches the opposite of what the Word of God teaches.

If the mainstream Christian system doesn’t hide this information by ‘sweeping it under the rug’, the most common way to excuse away this scriptural fact about Paul is to haphazardly declare, “Well, Paul was a Jew and not of the nations/gentiles”. The argument that “Paul was a Jew and only Jews can keep the Law” is illogical, hypocritical and unscriptural.

That “excuse” is unsound for three reasons:

This ‘excuse‘ is man-made dogma and should be summarily dismissed as heresy, as well as blasphemy; it makes God a respecter of persons.

There are, however, numerous quotes ‘out of Paul’s own mouth’ that state there is no difference between Jew and Greek, there is no distinction between believers of Jewish origins and believers who used to be of the nations/gentiles. In ‘the-body-Christ’, whatever ‘doctrine’ is right for one, is right for all.

ALL are the same before the LORD.

According Paul, there is no Jew and there is no Greek before God; “If”… if you are in Christ, “then” you are Abraham’s offspring! Not a Jew and not a gentile, but an Israelite; please read the study, ‘Are You Grafted Into Israel? Part 4: No Longer Gentile‘.

According to Paul, all are the same. All are equal in the body of Christ before God.

Even with all of the other ‘misunderstood’ verses in Paul’s letters, these verses in the ‘Acts of the Apostles’ listed at the top of this page, conclusively settles the matter. Paul did not teach against the Law of Moses nor circumcision as the mainstream Christian denominations teach, but he did personally observe, guard and keep the Law of God given through Moses decades after ‘the Cross of Christ’; at least according to the Word of God!

The second most common excuse for Paul’s participation in the Nazarite Vow rite is to “arbitrarily claim” that he was just placating the Law-abiding-Jews in Jerusalem, ‘pretending to be a law keeper’ so they would leave him and the Christian Council alone. If ‘Paul’ did that, then he was a liar, a hypocrite and a coward, and so were James and the entire Christian Council!

What ever happened to the Paul that exclaimed “I am not ashamed…”???

Am I to understand that mainstream theology believes the apostle Paul wavered and cowered in his old age…?

The “claim” that James told Paul to lie, and the “claim” that Paul agreed to this deception is atrocious hermeneutics, and pure eisegesis. It’s not only NEVER hinted at, but the Scriptures actually state that Paul took part in ‘the vow‘ in order to let everyone KNOW that there was NOTHING in what they thought about him, and to PROVE that he actually did LIVE his life observing and keeping the Law’! | Acts 21:24

Final thought: In 1 Corinthians the apostle Paul, whom mainstream theology “claims” taught that the Law of Moses was abolished, quoted from the Law of Moses as a current, valid and authoritative Law:

Do I say these things on human authority? Does not the Law say the same? For it is written in the Law of Moses, “You shall not muzzle an ox when it treads out the grain.” Is it for oxen that God is concerned? Does he not certainly speak for our sake? It was written for our sake | 1 Corinthians 9:8-10

Since the apostle Paul just taught from the Law of Moses, that shatters all assumptions that he taught the Law of Moses was abolished; that verse, along with the following documentation in Acts 21:24  concludes the matter ~

“Thus all will know that there is nothing in what they have been told about you, but that you yourself also live in observance of the law.” | James speaking to Paul, Acts 21:24

The apostle Paul taught from the Law of Moses and lived his life in observance of the Law decades after the ascension of Jesus. Period.

This study can now be watched on YouTube @ ‘You Yourself Also Live in Observance of the Law‘. 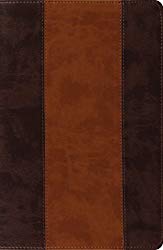 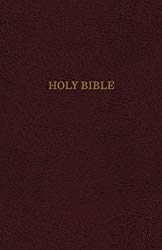 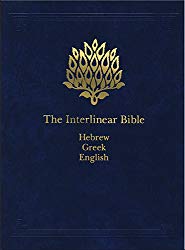